Why Does Health Equity Matter?

Noted British inequality researcher Danny Dorling refers them as “the scandal of our times”.  He is referring to “health inequities”:  the avoidable poorer health that is experienced by people living with social and economic disadvantage.   Income, social class, employment status, gender, race and ethnicity have a profound effect on health by shaping the circumstances in which people are born, grow, live, work and age.

Poorer health is a direct product of health inequities, which can be experienced as higher risks for chronic diseases, including physical and mental illness, and premature death. The same circumstances that create a higher risk for ill health also create a grave risk for other hazards. The greatest collective risks in society, such as climate change, financial crises and technological change and disruption, disproportionately affect our society’s most marginalized members.

Health inequities exist at multiple levels. At the global level, stark inequities are found in health outcomes between countries, but dramatic differences in health status and outcomes are also found within nations – even affluent countries like Canada. In Hamilton, for instance, health inequities at the neighbourhood level have been vividly and effectively documented by the Hamilton Spectator’s 2010 Code Red project, which demonstrated a 21-year difference in average age at death by neighbourhood, among many other inequities. This collaboration between McMaster researchers and mass media journalists created a seismic shift in the way that local government, community groups and anchor institutions operate, and catalyzed a vast array of initiatives and relationships – including McMaster’s decision to locate a new family health centre in the downtown core – that have improved the quality of life for thousands of people in Hamilton.   However, while outcomes such as community pride and sense of safety have markedly improved, pronounced health inequities still remain. Hamilton’s experience with health inequity is similar to other communities around the world and is a microcosm for health inequalities globally. To achieve health equity, governments and civil society at all levels need to take urgent, aggressive and sustainable action on the underlying causes of health inequities. The McMaster Institute for Health Equity will promote healthier, fairer lives for all by enhancing our understanding of these underlying causes.

McMaster can be described as a key birthplace of health equity research in Canada. In the 1980’s, Dr. Fraser Mustard, then Dean of the Faculty of Health Sciences, established the Population Health Program as the first field of inquiry in a fledgling new ‘virtual think-tank’, the Canadian Institute for Advanced Research (now CIFAR). This program represented the first focused effort in the world to synthesize the vast body of research showing the importance of social and economic vulnerability as key determinants of health across disciplines as diverse as sociology, economics, primatology, political science and epidemiology.

The McMaster Institute for Health Equity  presents a first look at the findings of the McMaster Basic Income Project.  This event features the Hon. Hugh Segal, one of Canada's foremost advocates for a basic income, as a special guest speaker.

This funding opportunity will support projects that examine the population health impact of recent financial and organizational restructuring of public health services in Canadian provinces.

Dr. Galea’s keynote “What We Need to Talk About When We Talk About Health”, is a radical argument for how health has little to do with medicine -- and how America gets it wrong. 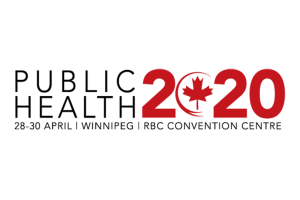 The Canadian Public Health Association’s national conference is Canada’s largest public health knowledge exchange event. Public Health 2020 will be held from April 28th to the 30th in Winnipeg at the RBC Convention Centre. Their…

Have a question? Would like to know more about MIHE? Send us a message!